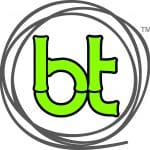 In China, as elsewhere in the world where bamboo is cultivated, bamboo forms a very dense root mat. Bamboo does not have a tap root like trees but has a root mass like other grasses. Bamboo is also partly deciduous with a lot of leaf and culm sheath drop and subsequent rejuvenation. Therefore the bamboo forest floor is constantly covered with a thick cover of leaf mulch which, in turn, breaks down and naturally composts the soil. During heavy rain, any run off water is quite clear and clean, even on steep mountainsides, bearing testament to an almost complete lack of erosion. Many of the bamboo forests have been there for hundreds of years without any need to replant them as they naturally constantly regenerate themselves with new shoots every year, even with regular harvesting of mature timber.

In China the bamboo forests are largely very well managed according to a well founded agronomic practice even those on remote mountainsides. Every year, every new culm is marked with its year of emergence so that it can subsequently be harvested in the right year to yield timber of the best possible quality.

Bamboo yarns and textiles are produced without the use of dangerous toxic chemicals and no polluting residues remain in the cloth when it finally wears out and is discarded. It comes from nature and is returned to nature in a smooth natural cycle. It has been grown and husbanded for thousands of years and can continue to be husbanded for many more thousand years without environmental degradation. This is what is meant by complete sustainability. Very few crops can make this claim.

Look at how the bacteria is eliminated. No more smelly feet – ever. No more unpleasant body odour. Bamboo has been grown for millennia in Asia without the use of pesticides. It is rarely attacked by any pests and not susceptible to diseases. The reason for this, Japanese scientists have found, is a unique anti-bacterial agent of bamboo named “bamboo kun”. This substance, combined with the tight molecular structure of bamboo fibres, are believed to give it its anti-bacterial and bacteriostatic properties – which is not diminished even after more than 50 washes! It is also quite different from chemical additives which can often cause skin irritations and other problems.

Similar scientific tests have been performed by various international textile testing laboratories. These can easily be accessed in numerous websites. In bamboo fabric, bacteria numbers were reduced to less than 0.2%.
Whereas in cotton fabric, bacteria number increased to 550 times the original. (refer:-www.bambrotex.com/second/bc_abt.htm)

What does this mean?

Body odour results from gases produced by bacteria which live on the waste which is exuded from our bodies – sweat and dead skin cells which our bodies give off constantly as a perfectly natural part of living.

When a bamboo fibre fabric is worn against the skin:
hhh* 1 – Any moisture (sweat) is immediately absorbed and taken away from the skin
hhh* 2 – The powerful natural anti-bacterial property of the bamboo constantly keeps bacteria populations in check.

Some people have much more smelly feet than most because they shed more dead cells from their feet than others or they have specific personal bacteria which give off that offensive smell. Though no less hygienic than others, their feet just pong! We have not found a single customer who has not been instantly cured of this condition through wearing our socks.

This same anti-bacterial, anti-body-odour property applies to all our garments made from bamboo fibre.

How is Bamboo Textile Fibre made

The bamboo forests in China have largely been cultivated there for many hundreds, and in some cases thousands, of years. Every year, in spring and summer, new poles (called culms), grow from a shoot underground. One shoot of the larger timber varieties of bamboo weighs between 2-4 kg when it is less than 30cm high. At this stage it is quite soft and can easily be cut with a knife. It is also eminently edible, when prepared properly. If left to grow, this shoot reaches its full height of say 20 metres in an incredible 3 months, (height depending on variety). When mature, the timber is extraordinarily resilient and strong. It has a tensile strength quite similar to mild steel.

Bamboo textile fibre is made from bamboo timber which has matured in the forest for at least 4 years. Even in remote areas of China bamboo forests are highly valued and carefully tended and managed. In summer, when new shoots reach their full height, they are marked with a year code which makes sure they are harvested at the right maturity. When harvested they are taken to mills where they are crushed and submersed in a strong solution of sodium hydroxide which dissolves the bamboo cellulose. With the addition of carbon disulfide it renders the mix ready to regenerate fibres which are then drawn off, washed and bleached to a bright white colour and dried. The resultant fluff is very long in staple and visibly finer than other fibres. Then they are spun into yarn, like any other textile fibre. The longer staple and higher tensile strength is what makes a tough, soft yarn – which is not as susceptible to wearing and fraying as many other yarns. This is what gives bamboo fabrics excellent durability. The hollowness of the fibre contributes to its very high level of absorbency. But it also takes longer to dry on a clothesline. The hollowness of the fibre also enables it to hold dyes and pigments more readily and permanently, thus making it much more colourfast.

The two main chemicals used in the process are sodium hydroxide and carbon disufide.

It was only discovered that carbon disulfide was a nerve poison after many years of exposure at high concentrations by factory workers in Italy in the 1930s and 40s. With adequate ventilation it is not a problem these days and it breaks down when in contact with the natural elements. Neither carbon nor sulfur are poisonous elements.

Sodium hydroxide is also known as caustic soda, and it is true that it is strongly alkaline and will react with many substances. However, it is not toxic at all and is used extensively in cooking. Used in quite high concentrations it is what gives traditional pretzels their distinctive flavour.